We are proudly adding Sally Patchen and the entire Patchen family to the Friends of Timbercrest Wall of Fame in honor of Sally’s 90th birthday which she celebrated on June 17, 2022.

Sally grew up as a member of various Girl Scout troops in several states as her family followed her military father around the country during World War II. Sally became a troop leader in Frewsburg when the babysitting services of a co-leader’s older daughter became available for the younger children.

She served as camp nurse at Camp Newatah on Chautauqua Lake from 1962 to 1963 and then at Camp Wood-e-lo-hi in Cassadaga from 1964 to 1965. At Newatah, her whole family joined her in a waterfront cabin and at Wood-e-lo-hi, they lived in two platform tents.

In 1966 with the opening of brand new Camp Timbercrest the whole family moved to camp permanently. Sally became the nurse and her husband Art, became the Camp Ranger. Over the years, their six children, Mary Beth, Allan, Jean, John, Michael, and William all were active in maintaining the camp with all of them working either as camp counselors or handyboys. Mary Beth and Allan are active members of the Friends of Timbercrest. Allan is our chainsaw guy and has cut many trees helping to create safer units and trails. Mary Beth is handy with picnic table building, log splitting, firewood stacking, and helping to clear trails and units of brush.

Sally and Art lived at Camp Timbercrest from 1966 until 1983 when they officially retired and moved from camp. They stayed active in the Chautauqua Area Girl Scout Council. Sally was very active in the original alumni group and continued to enjoy the company of Girl Scout adult friends made through her many years of service.

Friends of Timbercrest celebrate Sally’s and the entire Patchen family’s contributions to the good stewardship of Camp Timbercrest.

If you have a story or reminiscence of Sally and want to share it, send us an email at FOT.gswny@gmail.com or post on our Facebook page at facebook.com/groups/friendsoftimbercrest.

Deborah Everts, reporter for the Salamanca Press, was on hand October 8, 2022 when Sally and her family were officially inducted into the Wall of Fame. Click here to read her submission to the paper. 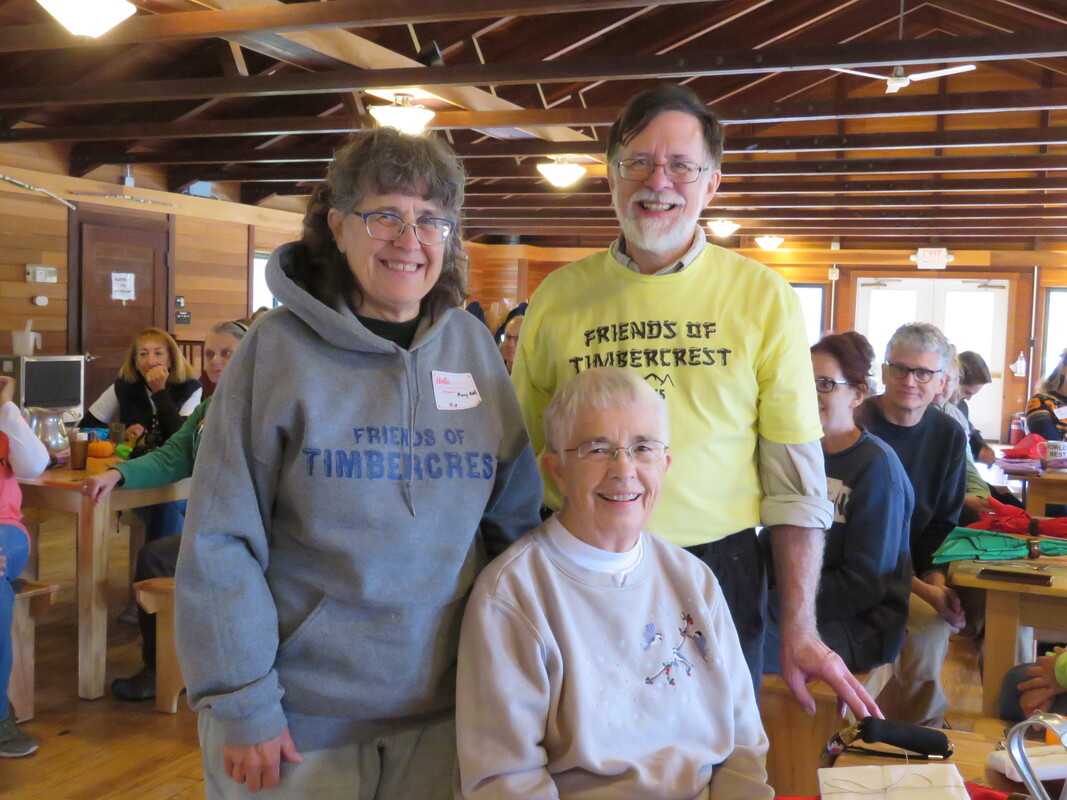