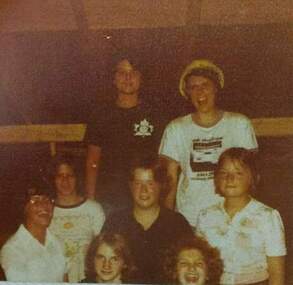 ​In 1975, Girl Scouts in a Camp Timbercrest session called “Hammers and Hardhats” used only hand tools to build a lean-to. Here is that awesome group:

​Over time, the lean-to fell into dis-repair. Here is one of the last pictures taken of it, just before deconstruction started: 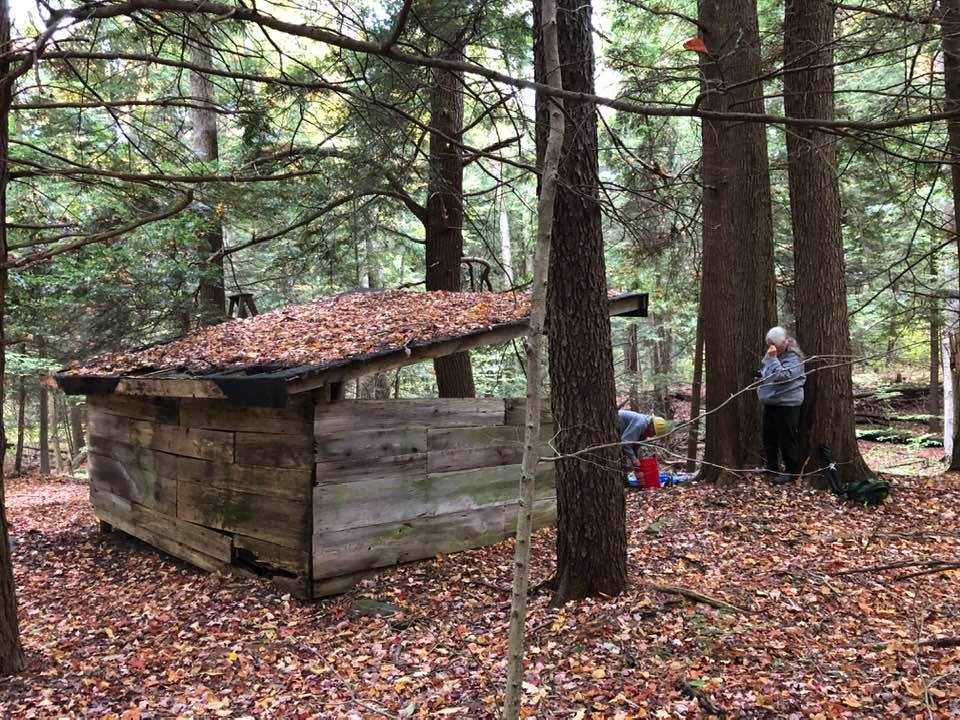 At the Fall 2020 work weekend, the poor old structure was deconstructed, also using only hand tools. Four of the people who were on camp when the lean-to was built were on hand for the deconstruction. They are pictured here with all but a bit of the floor left to deconstruct. And yes, this was in the middle of the COVID-19 pandemic, so we were all masked up. 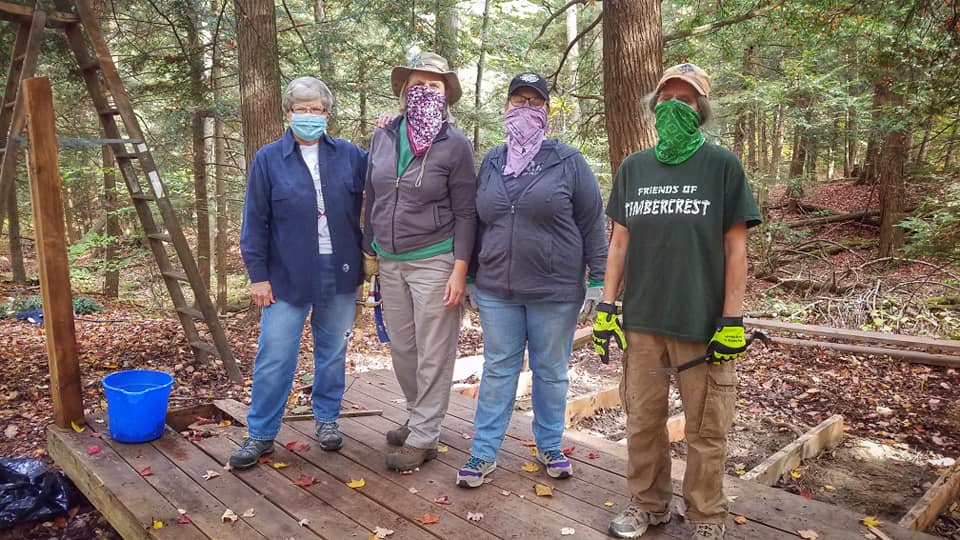 Joanne "Jo" Nelson was camp director. Diane "Didi" Powell was counselor. Erica "Ricki" Tener was a camper. Ro Woodard was unit leader.
The Plan
Friends of Timbercrest decided to replace the 1975 lean-to with two new lean-tos of a similar style to the original.

A generous donation from Carrie Wolfgang funded the first of these and it would be dedicated to the memory of Carrie's mother, Mary Alice Campbell, a longtime leader and volunteer from Jamestown, New York. The first lean-to would be named "Mary Alice."

The second lean-to is named "Mary Cooper" in memory of the longtime leader and volunteer from Findley Lake, New York. In honor of these two inspiring women, the semi-primitive lean-to site will be called The Marys.
The Build
At the Spring 2021 Work Weekend, much progress was made. There were some supply chain issues due to the pandemic. A load of lumber for finishing the sides was delivered on September 23, 2021 and the build crew returned in October 2021 to finish the walls. Click a photo below to start a slide show. 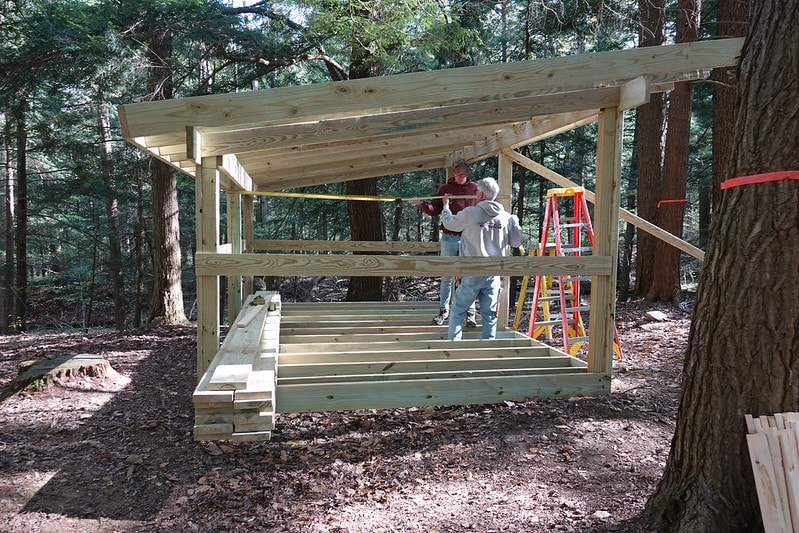 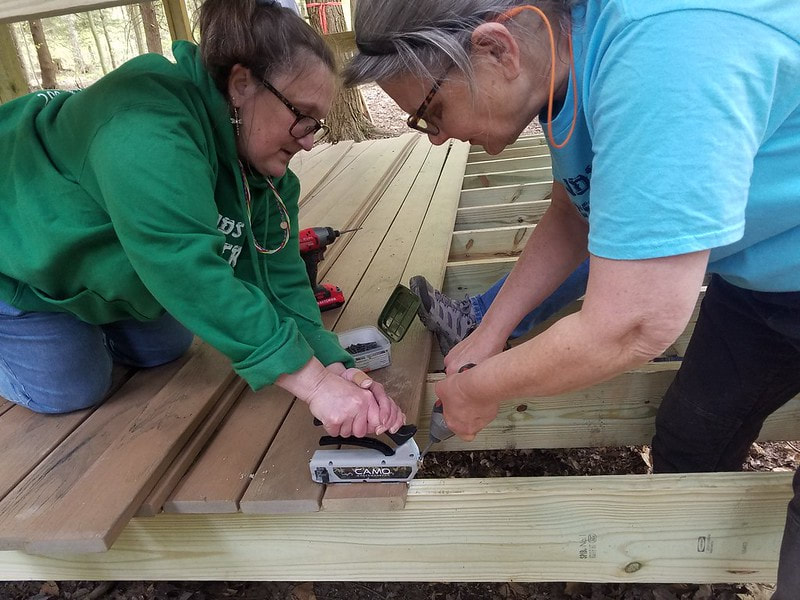 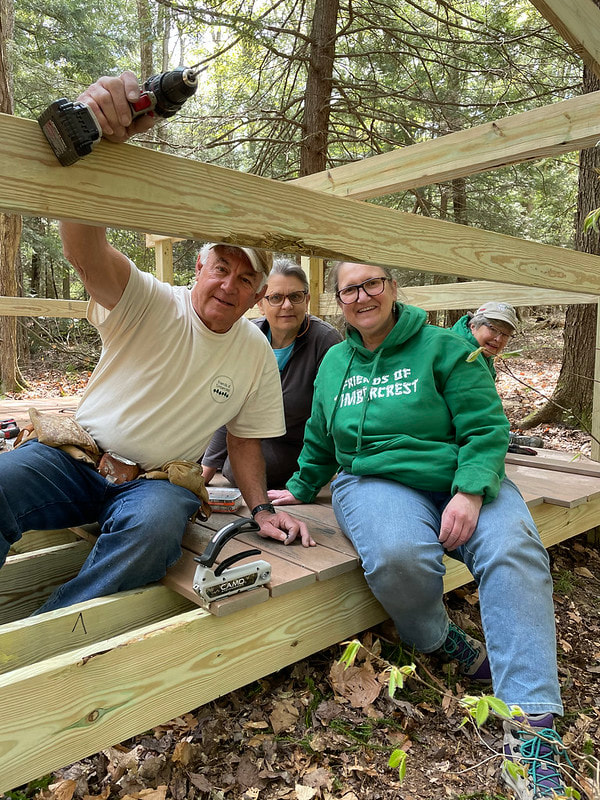 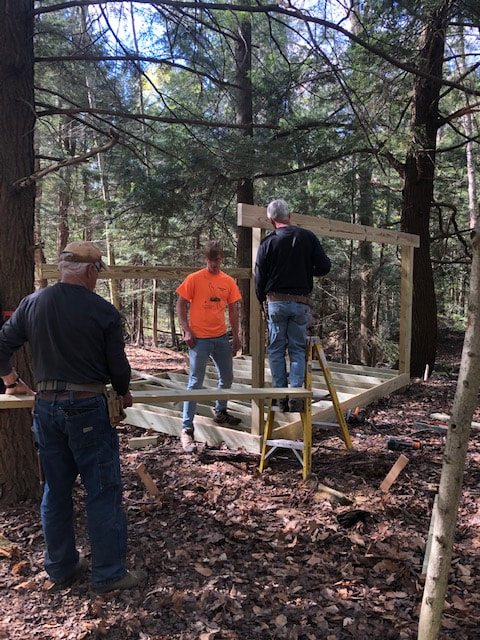 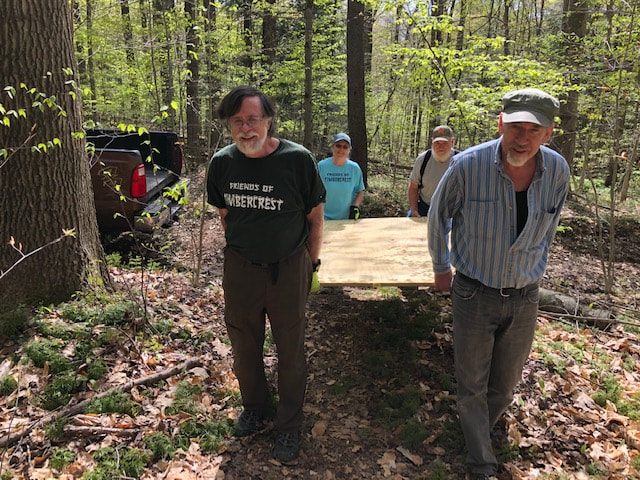 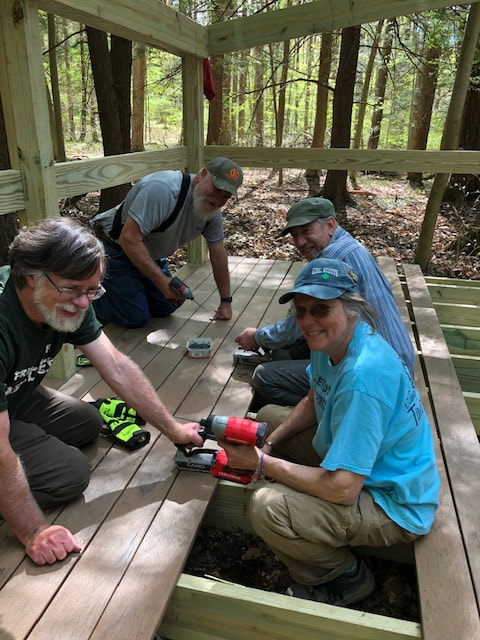 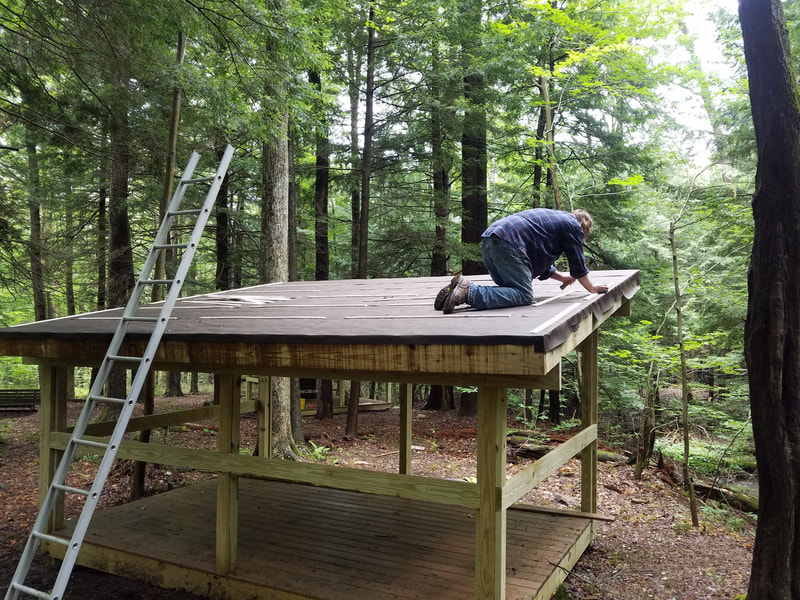 First Daytime Use of The Marys

The Campbell Family enjoyed a hotdog roast at The Marys. (This was one of the experiences auctioned off as one of our fundraisers.) Click a photo below to start a slide show. 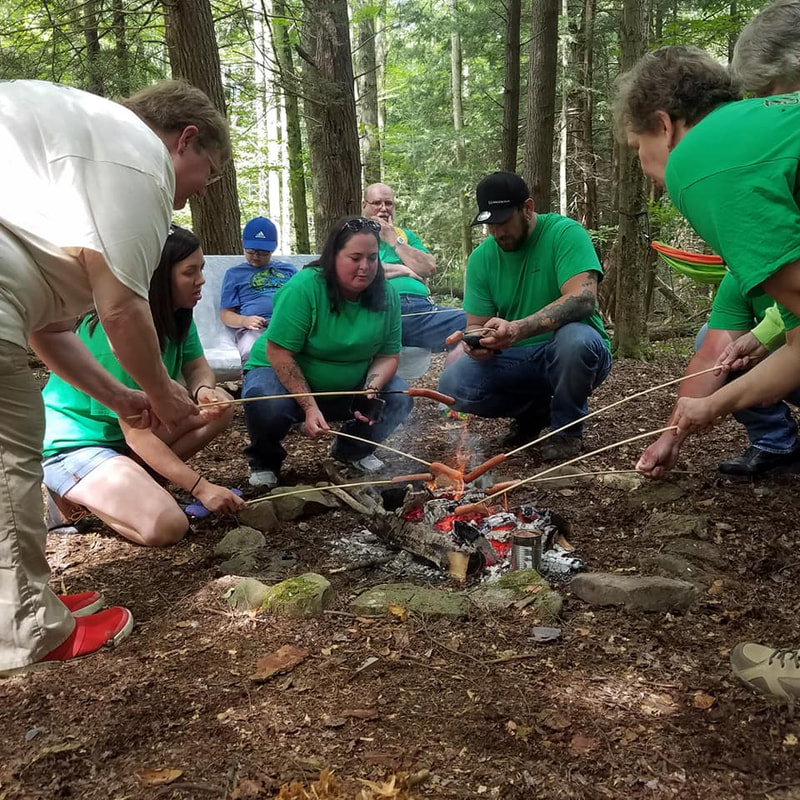 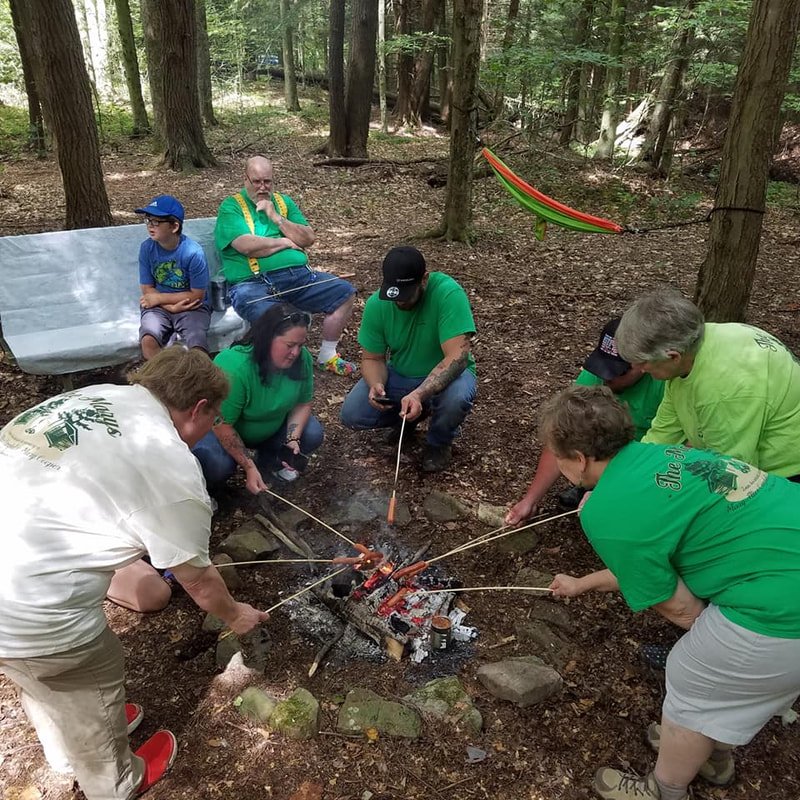 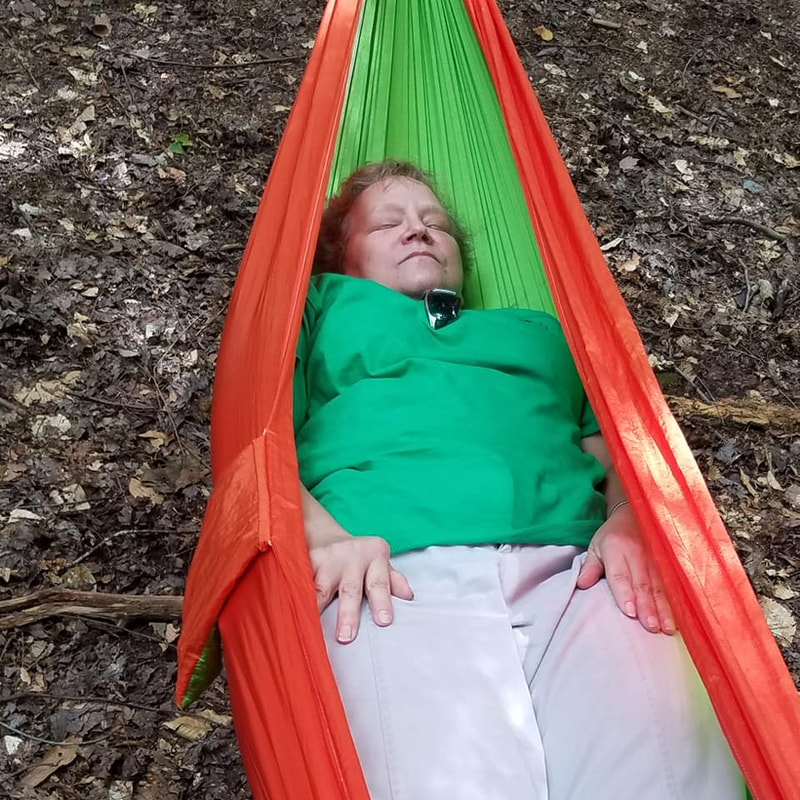 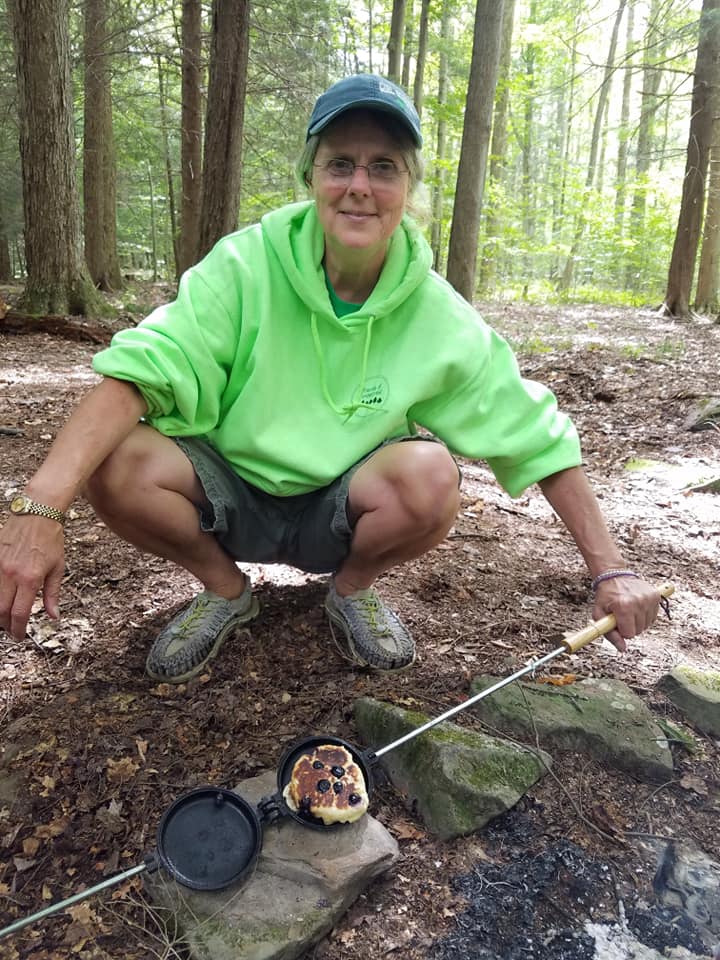 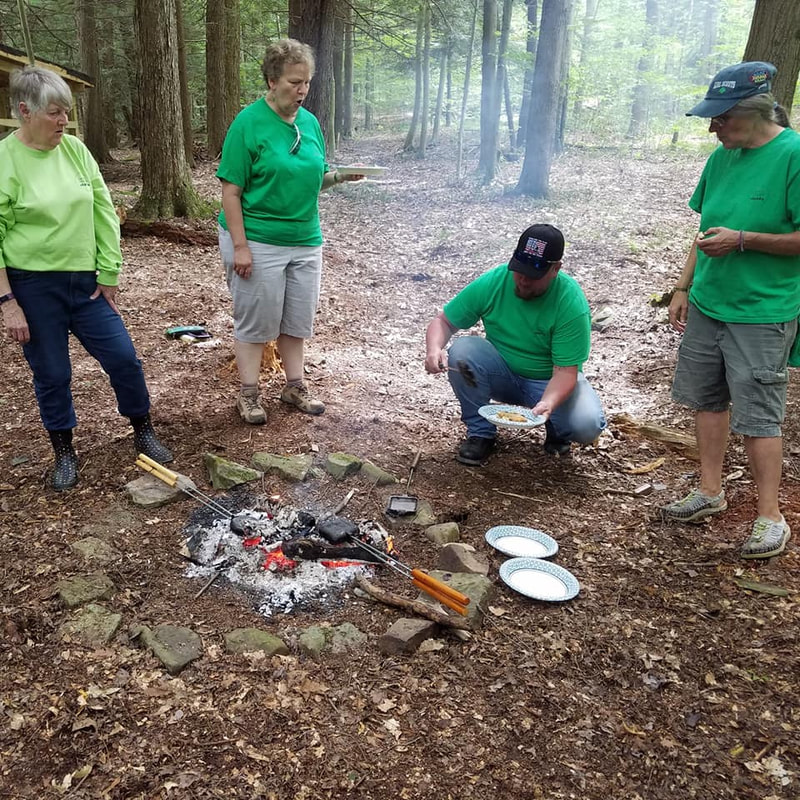 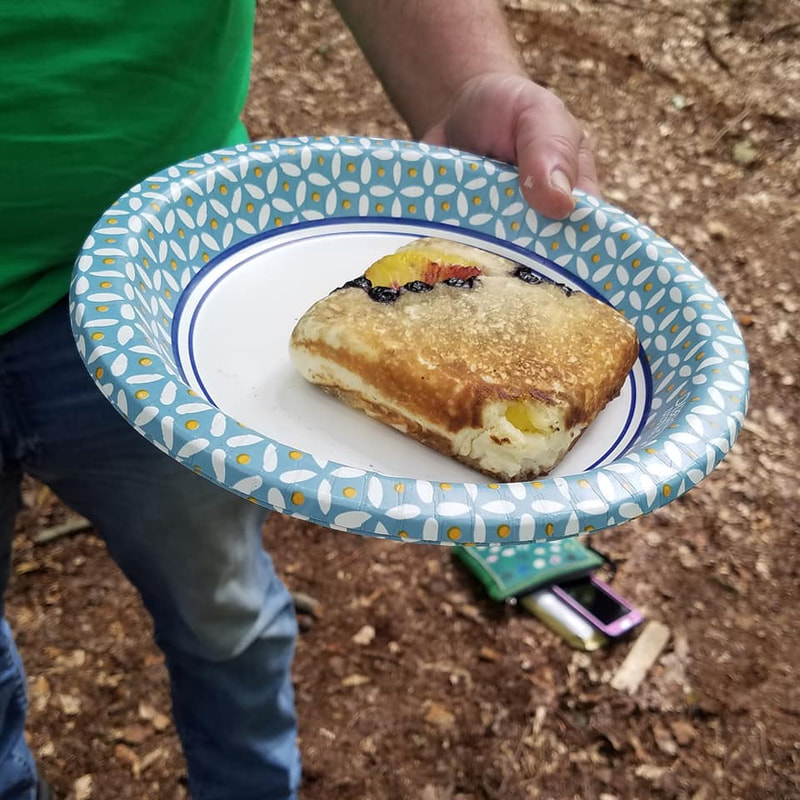 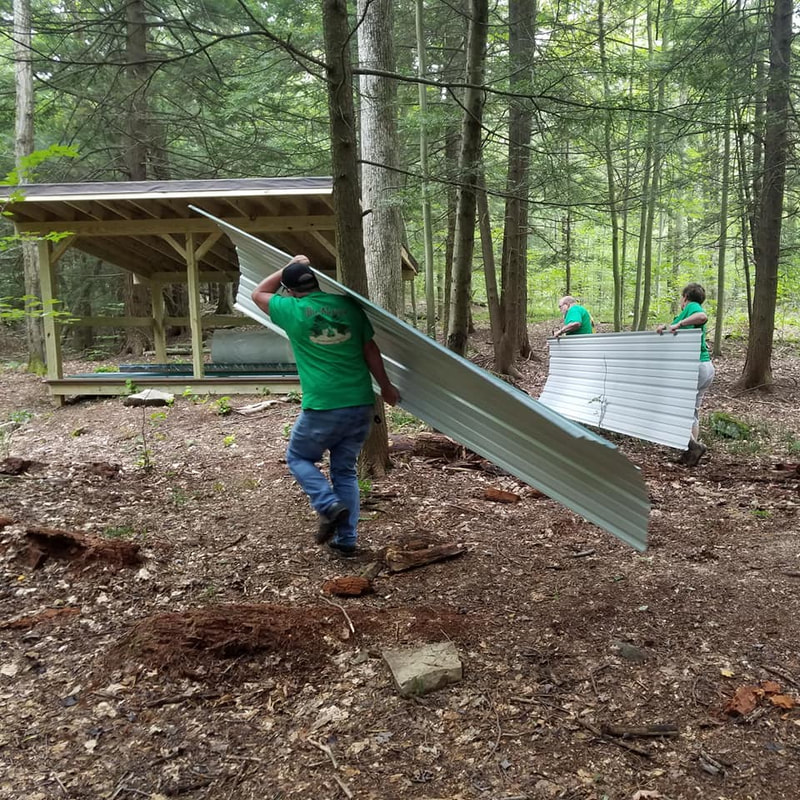 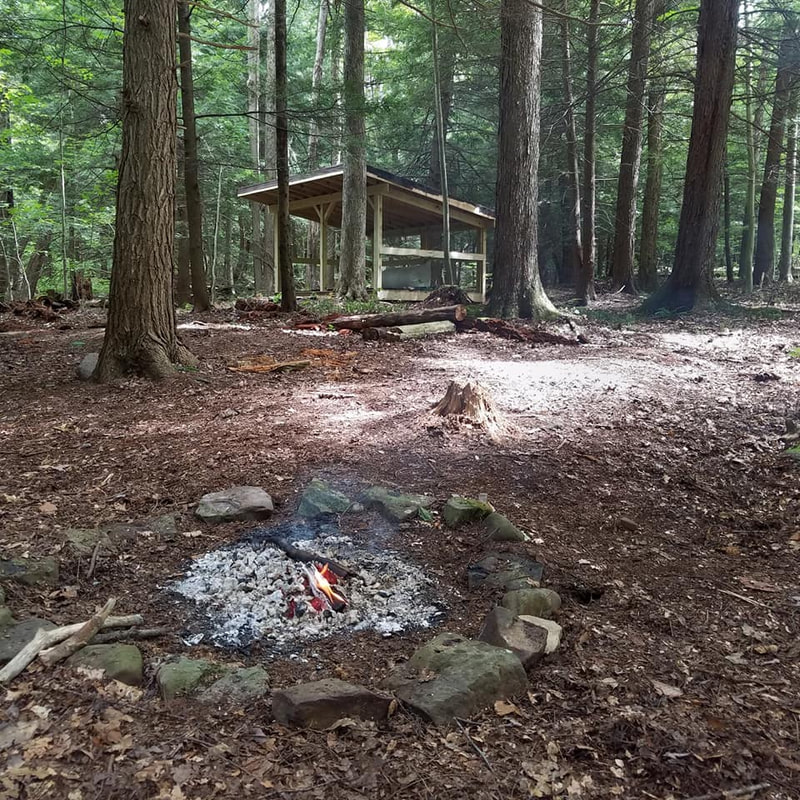 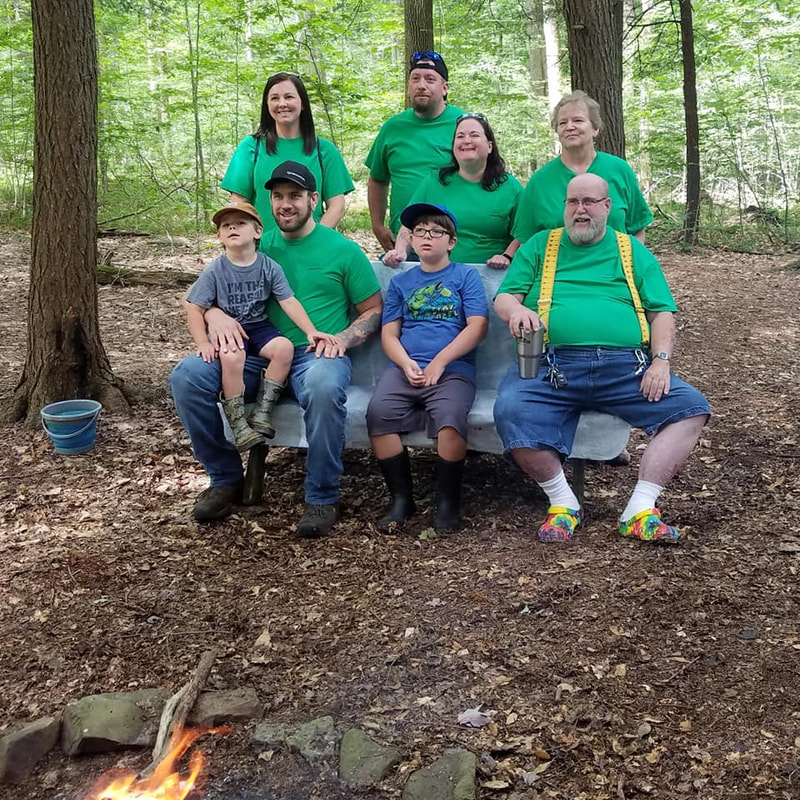 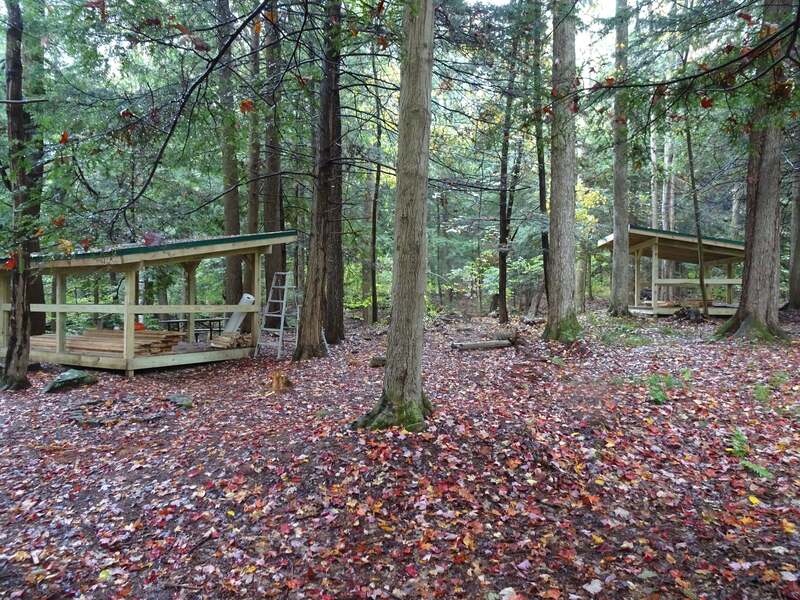 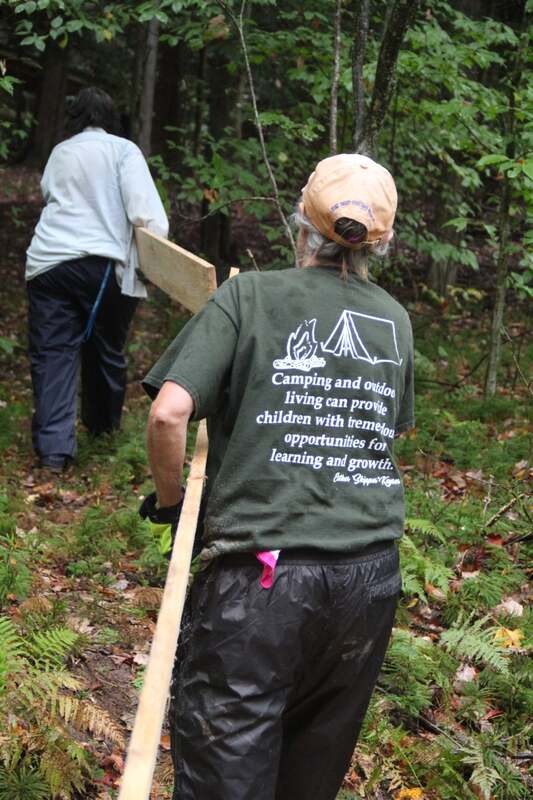 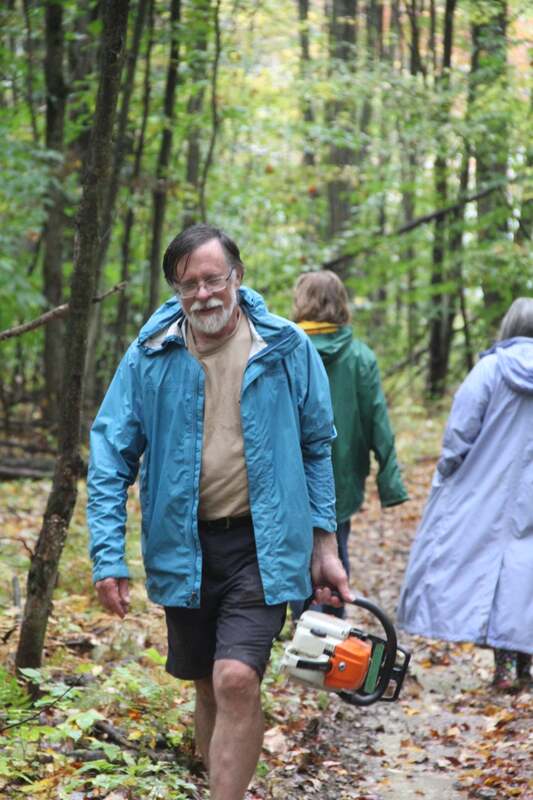 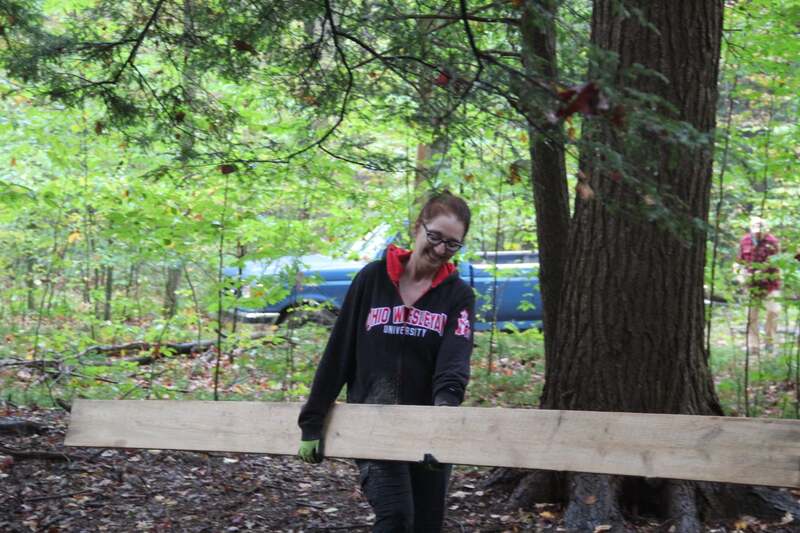 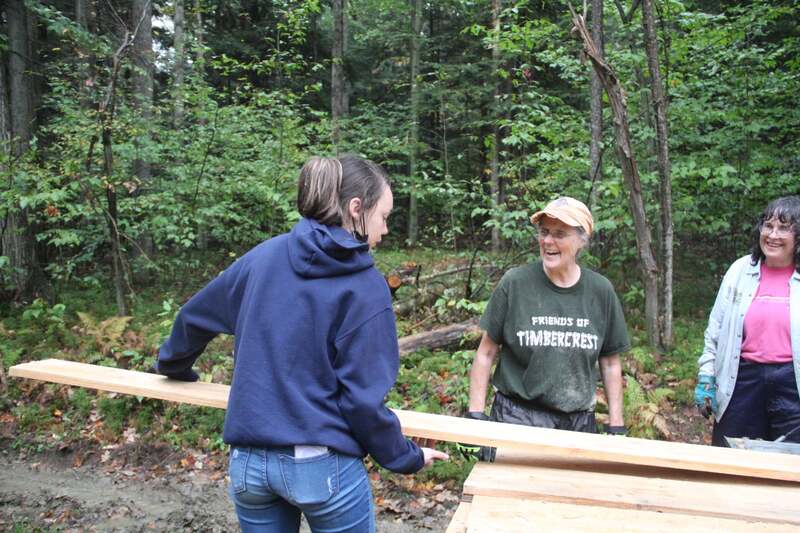 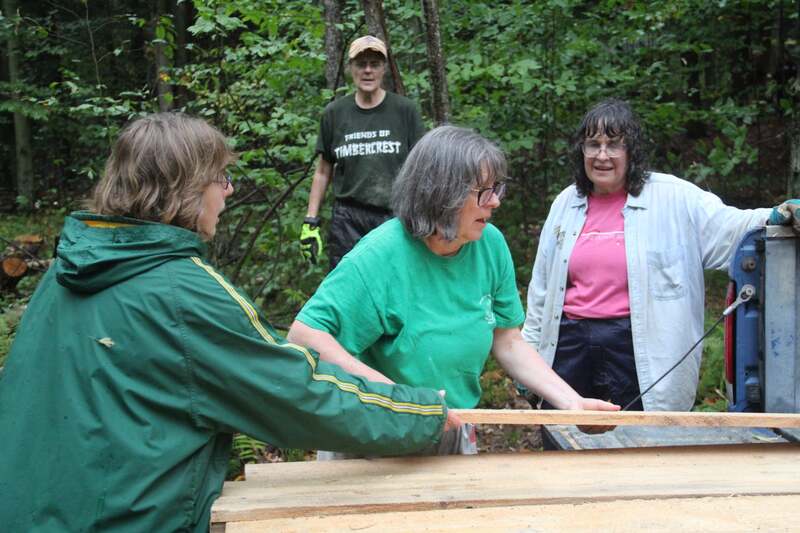 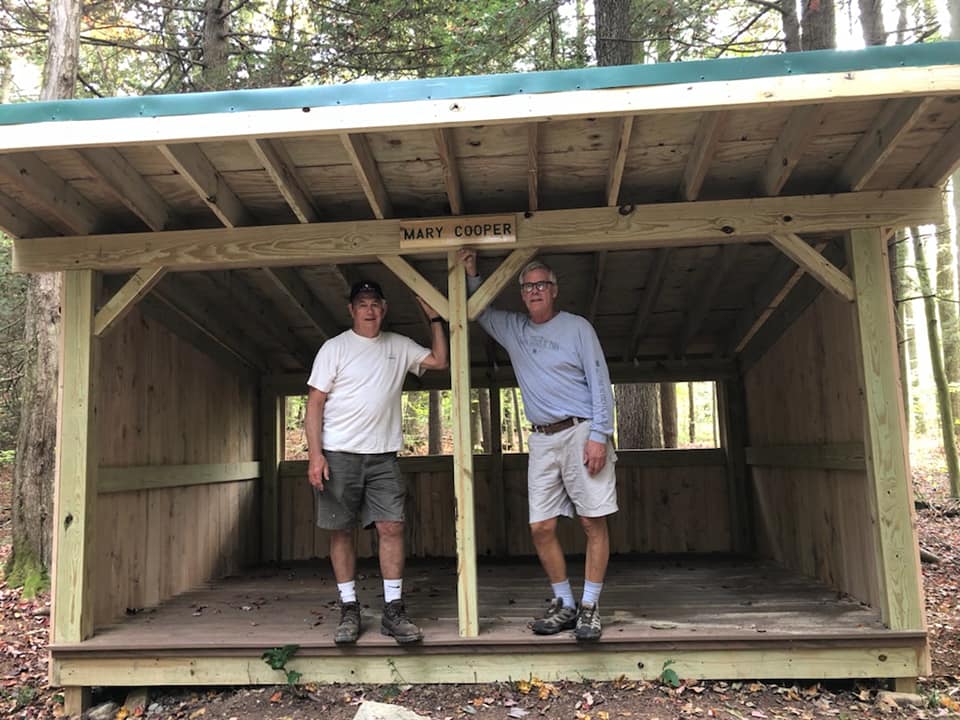 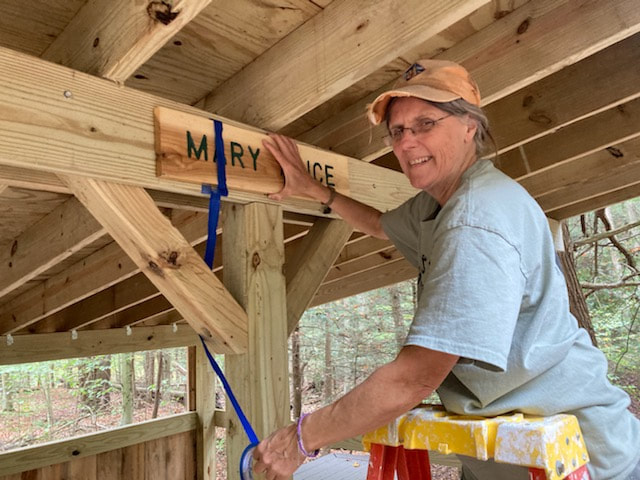 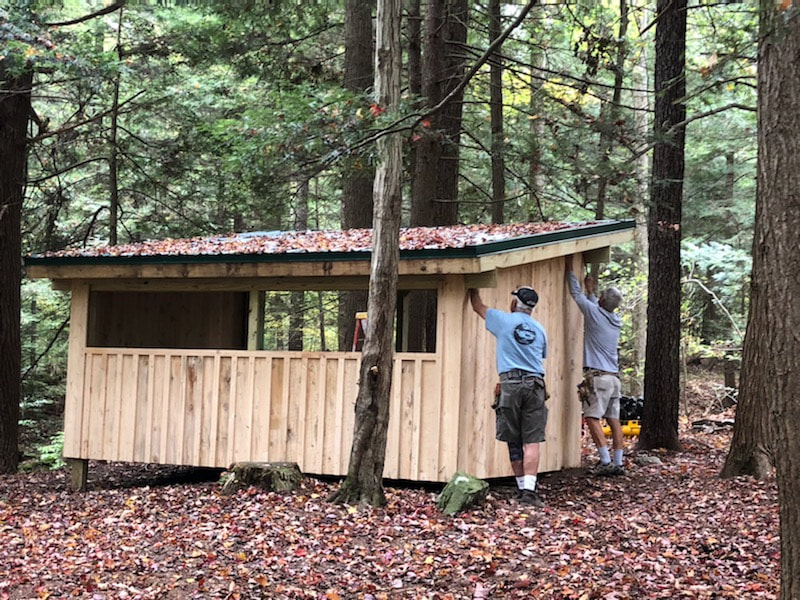 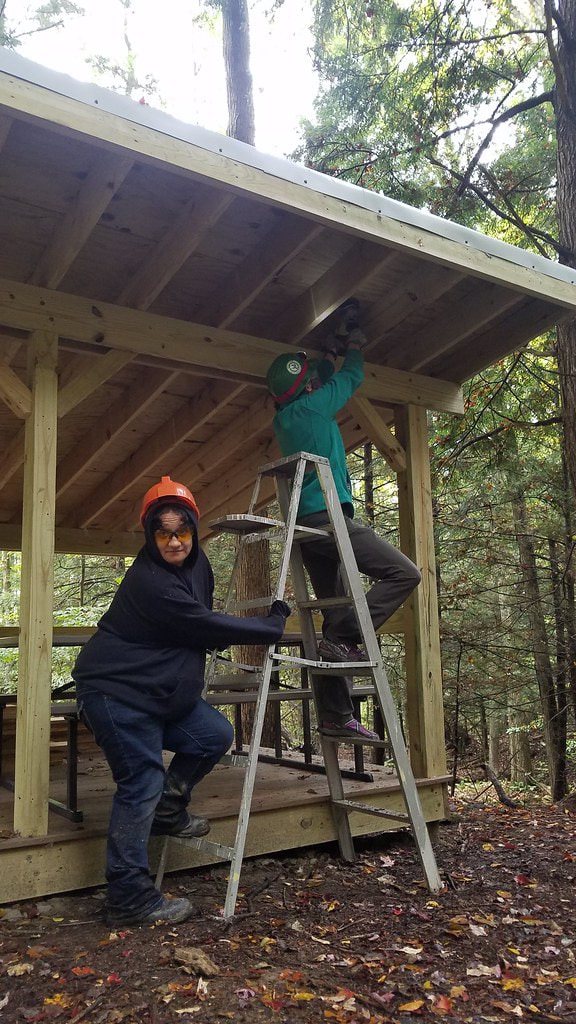 And They are Ready!

As of November 2021, The Marys primitive lean-to site was ready for use. We will likely add some amenities as we figure out what would make them even more magical. But they are, indeed, ready! Ro, Didi, and 'Nnifer tried them out out and had a blast. Read all about their adventure on the blog section of the website. 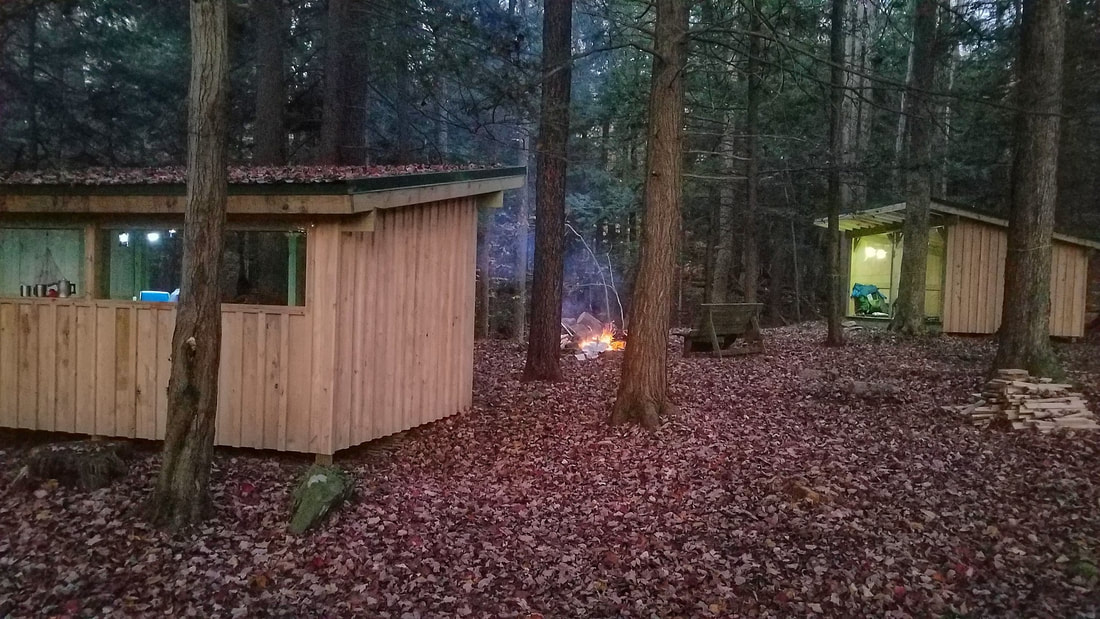